The Importance Of Balance Keepers

Posted by Becky S. Vickery on April 13, 2013 in writingscarz

Any great novel has unique and memorable characters. You remember their names, what they look like, and relate to how they feel and are concerned for their plight. Awesome characters are why we love the book we’re reading. With that thought in mind, it’s important to remember, as a writer, that your book contains an entire cast of characters, and that among them you have to make sure you include strong and likable balance keepers.

Here’s a quick example of a balance keeper in action.

Ben sat on top the picnic table outside the school cafeteria. The overcast sky and distant rumble of thunder was surely announcing the rain that the weather forecast had predicted. Rain, however, wasn’t on Ben’s mind as he stared across the grassy square. His bottom lip had since dropped open and slobber was already forming as he squinted to get a better look at Dana Branson. She was tall, blonde, and her pouty lips and angelic voice made his stomach flutter every time she’d say things like, “Thank you,” and “Oh, sorry about that,” or “Don’t I know you?” and the handful of other things she’d managed to say to Ben Cranson over the four years they’d been attending the same high school.

“You shouldn’t drool so bad, she’s going to eventually call the cops on you for being a stalker,” Ryan said as he jumped up and sat down next to his friend. His wallet chain that hung halfway down his black jeans clanked against the metal railing of the table. He slapped Ben on his back and wiggled his eyebrows. “You’d never make it in prison.”

“Shut-up, I’m not a stalker,” Ben retorted quickly as he playfully pushed Ryan on his arm before he turned his attention back to Dana. “She’s so beautiful. How can I not watch her?”

“Ben, there’s watching and then there’s being creepy. I’m pretty sure you’ve fallen into the latter,” he said as he ran his hand over his short black hair and glanced up at the sky as lighting flashed across it.

“Oh, please,” Ben scoffed with a roll of his eyes. “I’ve known Dana for years and she doesn’t mind my watching.”

“You mean she hasn’t bothered to call the cops on you yet.”

“She wouldn’t do that,” Ben argued as he tucked his carmel-colored hair behind his ears. The wind was picking up and both boys crossed their arms as they shivered.

“If you like her so much, you should ask her out. The dance is next week, maybe you two could go,” Ryan suggested as he watched Ben lick his lips and run a hand over his face. He squeezed his fingers around his cleft chin as he thought.

“Yea, right,” he mumbled without looking over. “She’d never go out with me.”

“Ever since Jason moved, she’s been single. I don’t see why she’d turn you down, well, unless you go up to her slobbering like a deranged dog,” he sniggered.

“I saw this movie last night where this guy sang this girl a song to ask her out and get her to like him. Maybe I could do something like that,” Ben suggested with an enthusiastic grin. “I can sort of play guitar and kind of sing and-”

“Benny, no,” Ryan said as he clapped him on his shoulder. “Listen to me, I’m your friend. Don’t do that,” he insisted, his blue eyes looking sharp like daggers.

“But it worked in the movie.”

“This isn’t a movie and you’ll only make a fool of yourself.”

“Then how am I supposed to ask her out or get her to like me at all?” Ben asked as he pulled away from Ryan’s lingering hand. His stomached growled as a few of their classmates walked by carrying bags from the nearby fast food restaurant. “I can’t think on an empty stomach.”

“You’re not thinking at all,” Ryan quipped as he scooted off the picnic table. Another flash of lighting hit the sky and now the raindrops were starting to fall. “Just be yourself, man,” he advised as he glanced over to Dana and her friends gathering up their stuff to get inside before the droplets became a downpour. “If she’s going to say yes, it will be because she wants to, not because you’ve weaseled your way into her fancy with a sappy song or a misguided attempt to be cool.”

“Hey, I am cool,” Ben scowled as he left the picnic table so they could get inside as well.

“No, man, you’re not cool,” Ryan was sure to tell him as they walked. “But you’re a good guy. Jason was a jerk to her, and I think after coming out of that relationship, going out with a good guy would be a smart move on her part.”

Let’s imagine, just for a second, if we were to pluck Ryan out of that story. Ben would be on his own. He’d sing that horrible song to Dana while wearing a hideous tangerine suit. She’d turn him down, he’d end up in jail for stalking and bad fashion choices. Dana would be emotionally scarred for the rest of her life and develop an irrational fear of people named Ben. Life would be tragic. There would be no happy ending.

The fictional characters in your book need these same sort of balance keepers. If not, they might just burn the place down, or accidentally buy 546 cans of soup. They might attempt to give themselves a homemade tattoo or dye their hair the same color as the puke-green carpeting in the hall. They’ll marry the wrong guy and get themselves kidnapped. Main characters can’t be trusted. By their very nature they’re a mess, hence the story is about them, so be sure to give them all the help they need.

← A Trio Of Tips
A Review: The Screwtape Letters → 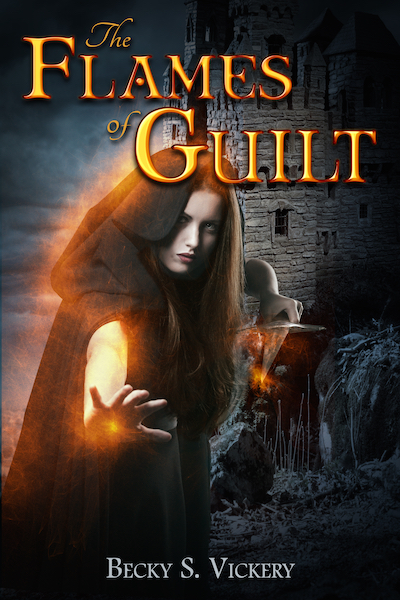